For a while I've been keeping my eyes open for examples of the Crystolac toughened tumblers made by Davidson from c. 1940 onwards. So far I have three, in two sizes and two designs, all with different date codes. 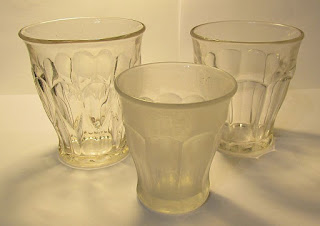 If anyone is a watcher of the BBC TV series Call the Midwife, in episode 3 of the current series (series 5) set in 1961 I spotted what appeared to be a toughened tumbler being used.

In previous series (set in the 1950s) they had a Sowerby water set in use in Nonnatus House at mealtimes... I love to see genuine items being used in these shows. I have the jug in amber and the tumblers in an ice blue (so far!) 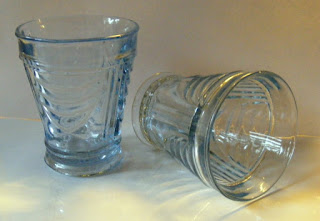 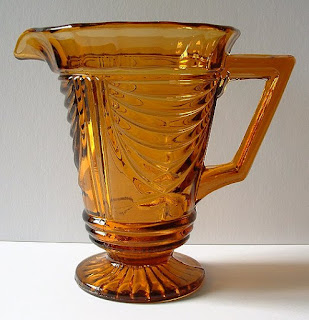